Daemonorops micracantha is found in Borneo, Malaya. Widespread but rather local. 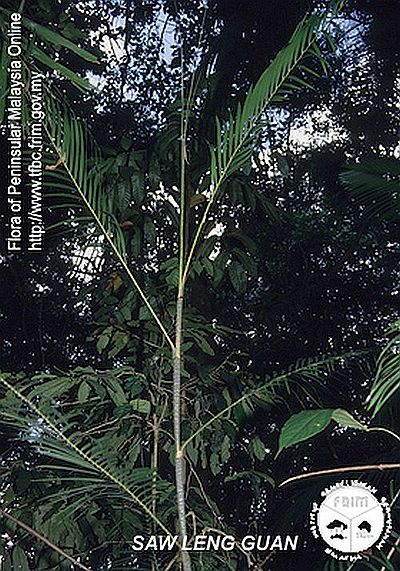 D. micracantha is found in lowland forest up to about 500 m altitude, occasionally in forest transitional with kerangas. The minute, easily detached black spicules on the sheaths are very distinctive. D. micracantha somewhat resembles D. draco; for differences between the two, see under the latter. (J. Dransfield. 1992)/Palmweb.

Uses: Cane of moderate quality but too local to be of much importance; dragon's blood used formerly in dyes and medicine. (J. Dransfield. 1992)/Palmweb.